I recently decided to try some tees from Bronson, a vintage reproduction clothing manufacturer.

I’d been made aware of them through Melbourne menswear dude Jared Acquaro, and had seen him sport some cool vintage designs from them.

I had a look on their website during the Black Friday sales and noticed two designs I liked in particular – a short sleeved breton shirt and a really cool 60s-esque Champion Spark Plugs ringer tee. After finding out a friend was also going to place an order and agreeing to split the shipping, the deal was on.

I was excited to fill two gaps in my tee collection – striped undershirts are super versatile in layered outfits – and the Champion tee was bought on two bases:

They finally arrived a couple of weeks ago, so it’s time for a writeup!

A Note on Fit, Quality and Construction

Both are a quite weighty, sturdy cotton which feels good to the touch and is convincingly strong. I expect these to last for a good length of time. The finishing is good, and also sturdy. The tees are built with a toughness that emphasises the vintage aspect of the brand.

It’s quite important when buying though, that you know your measurements. Even though both the tees I got are essentially the same size, I actually ordered one in an L and the other in an XL.

So, ensure you know your measurements and read the size charts before buying as the sizing vary between products. This applies to everything on the Bronson site!

Some pics are included below to show what the fit is like:

Now for the fun part of this article…

I’ve worn the breton tee a lot more than the Champion shirt, which isn’t surprising given my usual style of dress. I’ve worn it in a variety of different outfits, some of which are shown below:

I used it in my first time trying double denim as well:

If you think that’s too much denim, wait ’til you see what I did with the Champion tee one time…

For my first time wearing this one, I paired it with a simple jeans and bomber jacket look – the jacket being a 1986 vintage factory worker’s bomber.

I can’t see myself wearing this one in a wide variety of outfits; mainly simple casual outfits like above, or sans outerwear. But that’s quite alright by me, as I bought it intending for it to be a niche piece for throwing on with jeans and jumping on my motorbike. I like the 50s/60s vibe of the contrast ring neck, and it goes well with my bike.

Getting a bit crazy…

I recently attended a bogan themed party – for you American readers, think of rednecks – and wasn’t sure what to wear.

I figured bogans are known for two things: a) being petrolheads, and b) being stuck in the 80s. Now, the denim obsession was in full swing during the 80s so I decided to meld these two ideals together.

The result was using the Champion tee under a hell of a lot of denim:

I went as nuts as I could with it.

Capped it off with a red paisley bandana, like I’d stepped right out of a golden era Chuck Norris movie.

It was a good laugh.

Conclusion: were they worth it?

I picked up both tees on sale for around $25 apiece, and the breton stripe tee has already paid for itself.

I’m happy with them!

Sam is a marketing student with an affinity for all things menswear. The interest began in 2016, when he completed a weight loss transformation from 150+kg to just 74kg; it has since developed into a passion. This site was founded as a way to share his growing knowledge and journey with more than just his inner circle. In his spare time that isn't spent on something clothing or footwear related, he can be found tinkering with custom motorcycles or playing tennis. View all posts by Sam 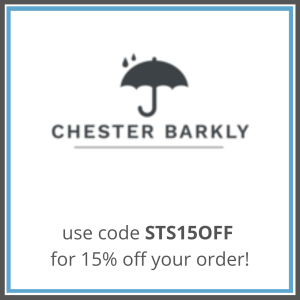